2022 has been a very interesting year to say the least, I never would have imagined that there will be not one, but two super duper big recessions in my lifetime. Yet here we are. Things are going to get a lot worse before they’ll get any better in the next couple of months.

Stay tuned for 2020: Season 4 coming soon to fine theaters and streaming services near you!

As always it’s not all gloom an doom, so let’s get things rolling with the mandatory last-year-in-commits chart graciously provided by none other than the greatest hub of them all, the mighty GitHub.

In other news, this year I managed to keep at least one of my new year’s resolutions and ended up writing mini retrospectives at the end of each month.

This of course makes writing this end-of-the-year retrospective much easier and much shorter, since I do not have to spend several days digging up everything interesting that has transpired during the year.

I am hoping to continue this tradition of monthly retrospectives next year.

Be that as it may I’ll still call out some of the highlights of the year in below, just so that you don’t have to comb through the archives on New Year’s Eve no less.

I added two additional features to my terminal emulator Marmota based on libvte, namely: 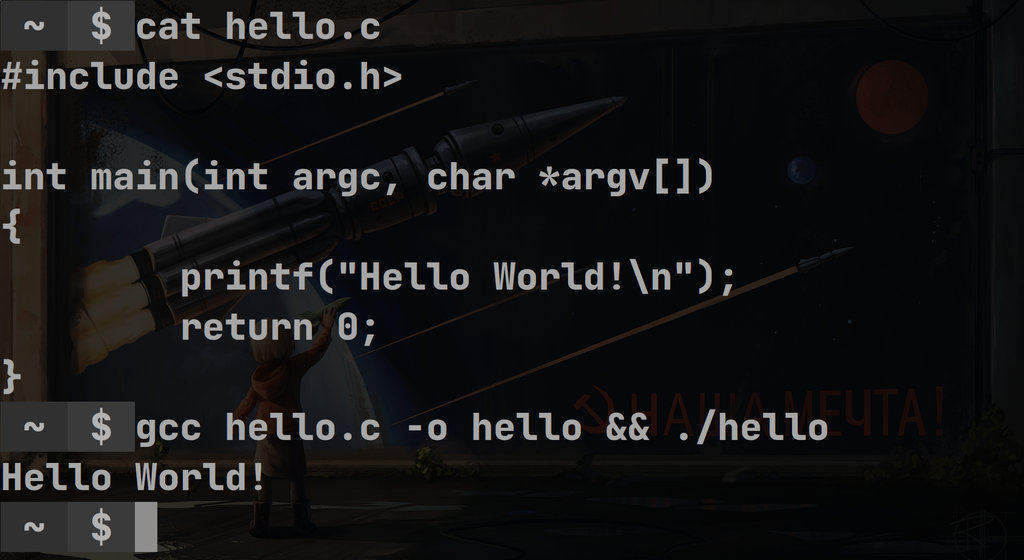 And yes, I still hate libvte. It’s kind of comforting to know that some things never change, right?

I came a little bit late to the party with Flordle, right around the end of the Wordle craze, but I was quite happy with how it turned out.

It features a text-mode user interface and comes in two flavors:

The oldest piece of real hardware I booted it up on was my ancient first generation [ASUS E-PC][asusepc].

Earlier in the month I published a 10000 words long blog post called Notes on Lua, where I dive into some of the peculiarities of using and embedding Lua into games and apps.

This started as something much smaller in scope, but then I kept extending it. However, there’s still a lot more that I could have covered but didn’t, so perhaps there will be a part-deux sometime next year.

I use Vim for pretty much everything, from writing code to documentation, however I made a leap of faith and bought a Typora license earlier in the year, and I’ve found myself using it almost exclusively for writing documentation and blog posts ever since.

There’s a 15-day trial version available if you want to give it a go. 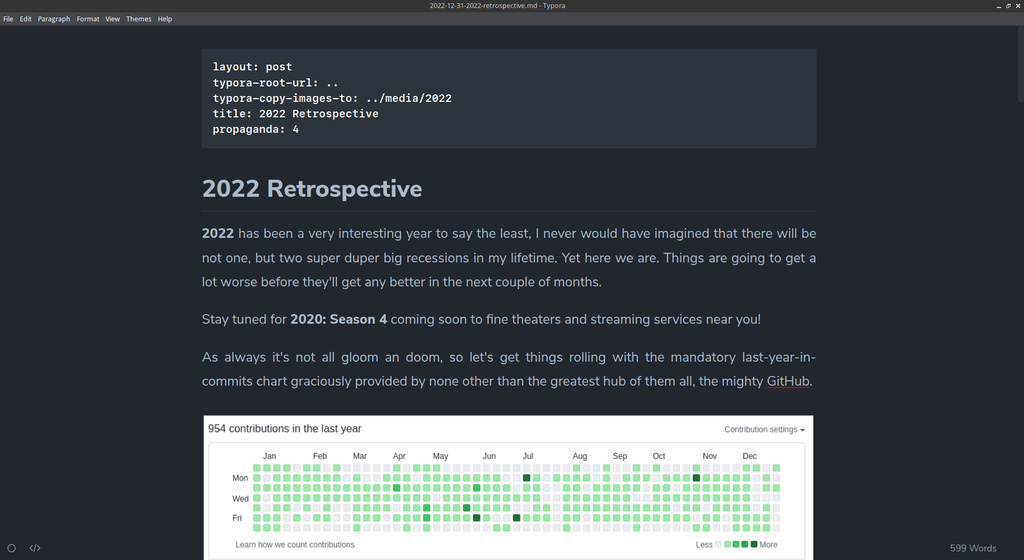 Not going to have a list of New Year’s resolutions this year, but I do have some rather interesting things in the works for the year to come, so stay tuned.

As always, I’ll refrain from making any hard promises though, just in case.